BSH stands for Bosch Siemens Home Appliance and is the largest manufacturer of home appliances in Europe and one of the leading companies in the sector worldwide. As lead agency for Siemens in Switzerland our goal was to establish Siemens as the premium design and innovation producer of home appliances. The target audiences were in both the B2B (architects & investors) and B2C markets. Our aim was to assist BSH (Siemens) in becoming a top 3 provider of domestic appliances in Switzerland by 2023.

Based on an in-depth analysis of the industry sector, the company’s strategy as well as the target audience, we developed a focused and innovative content (storytelling) and image campaign. It reflects the brand profile of Siemens as the home appliance brand of tomorrow using contemporary technologies and avant-garde design. 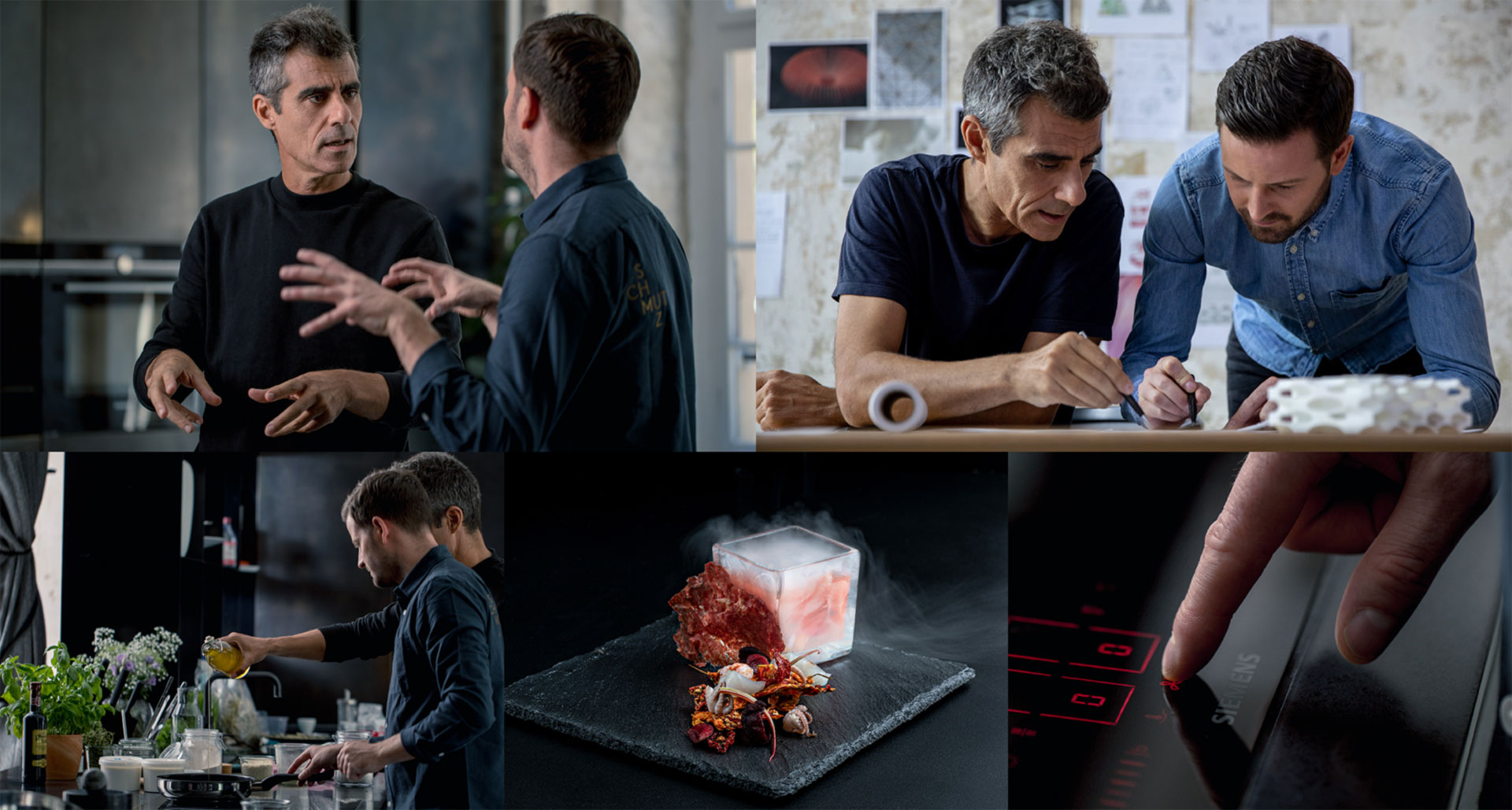 We created the brand "Two Creatives One Kitchen by Siemens". Two creative minds developed new forms of culinary art in a kitchen of the future, combining architecture and design with cooking. The interconnected kitchen appliances from Siemens acted as a laboratory for the innovative and exclusive taste experiences. Chef Pascal Schmutz and architect Rubén Daluz, worked together to create and design objects that also tasted great. The two creatives conceived, designed and cooked exclusive menus across four acts using the Siemens studioLine kitchen.

The selection of media channels was thoroughly discussed with Siemens and the respective partner agencies. Our focus was always on our main B2B target audience (architects, investors and general contractors), however we never neglected our secondary target audiences in the B2C sector.

Distribution via social media of the edible creations was orchestrated in the interplay with a PR and media campaign. The commonalities of architecture, design and cooking were highlighted, as well as exploring topics of innovation and exclusivity. The landing page of studioLine XPERIENCE was used as a hub throughout the year, with all activity and content published through it. 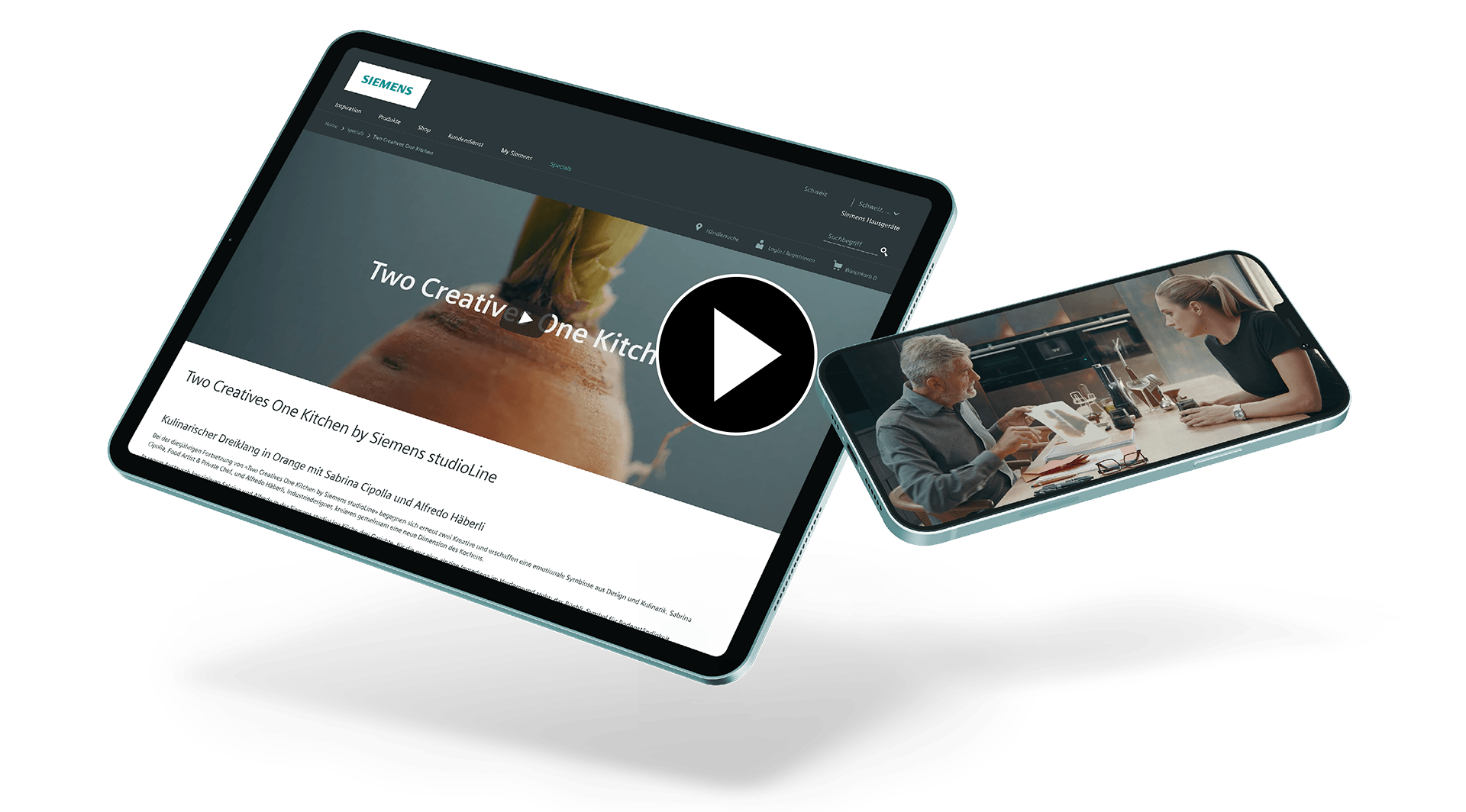 In the following year, we continued the concept, again bringing together two creatives in an emotional symbiosis of design and culinary art. Sabrina Cipolla, Food Artist & Private Chef, and Alfredo Häberli, Industrial Designer, put carrots at the center of their creativity in their joint project. To make the culinary creations possible, ten new kitchen utensils were designed. The result is three dishes, each of which tells its own story.

The campaign developed a more personal touch, bringing the consumer closer to the action as well as featuring the protagonists in familiar surroundings to illuminate the preparation for their collaboration and the journey. 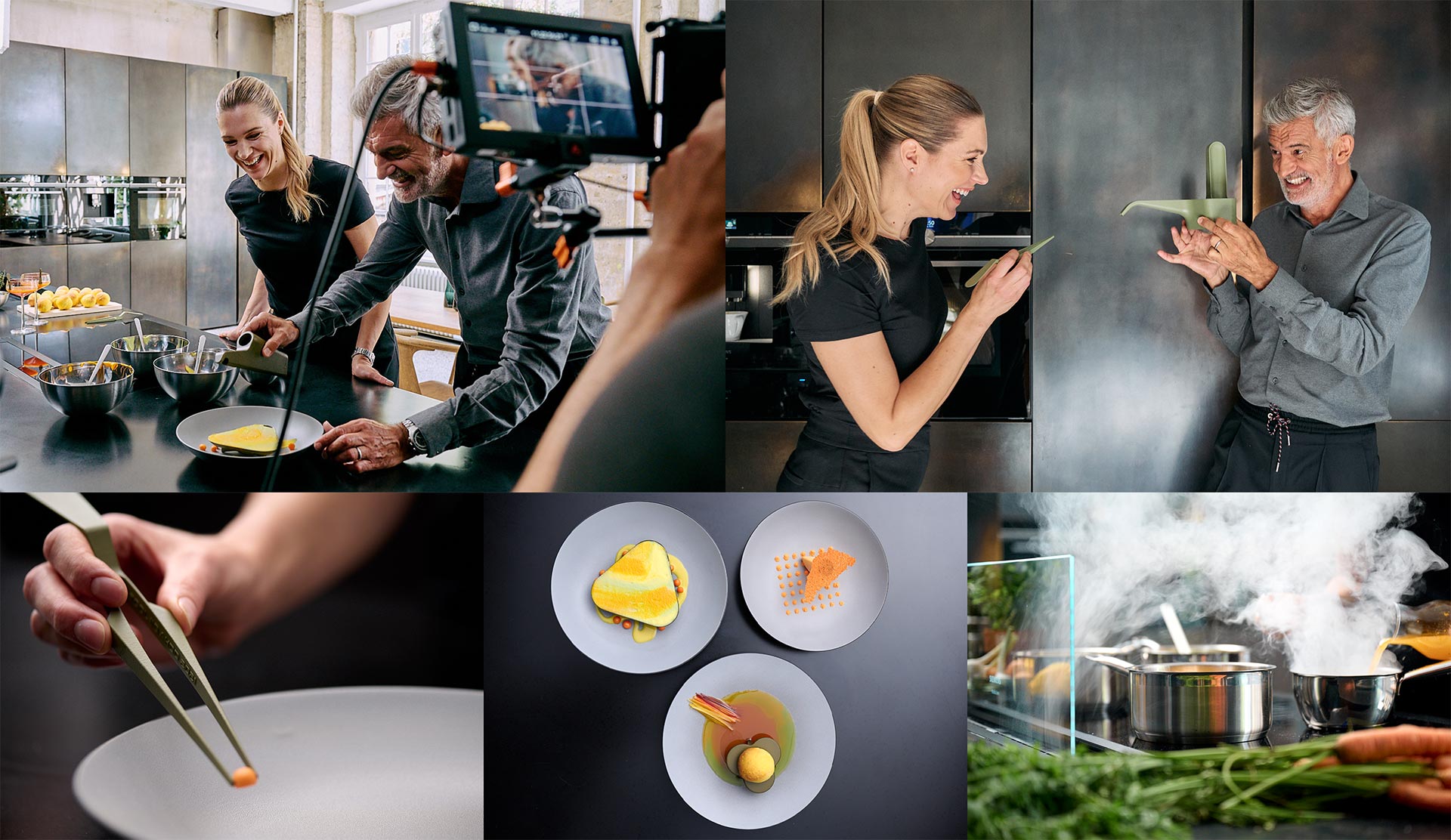 “In order to appeal to architects and private individuals with a particular affinity for design, we drew heavily on Siemens’ values of innovation and design in the creation process. However, we didn’t just want to show appealing design, but above all to attract attention through storytelling,” said Selina Dermon, Key Account Director at FS Parker, describing the strategic thinking behind the campaign.