ACTION IS AWARENESS, BUT AWARENESS IS NOT ACTION.

As a program of the Swiss Federal Office of Energy, EnergieSchweiz supports voluntary measures to help implement Swiss energy policy. In accordance with its statutory mandate, Energie Schweiz promotes knowledge and competence in energy issues and at the same time acts as a facilitator for market testing of innovative ideas.

The EnergyChallenge was created based on a WTO tender “energy saving year 2016” from EnergieSchweiz. The task of the Energy Challenge was to raise awareness in terms of a sustainable energy consumption in the Swiss population between 16 and 55, across all geographies and all social and economic classes.

FS Parker and Aroma won this pitch and led the whole development and execution of the entire campaign. FS Parker was focusing on the conception, campaign design, digital content, sponsorship and its activation, whereas Aroma was in charge for the whole analogue 3D experience.

‍DEVELOPMENT OF A 4 YEAR MEDIA AND EVENT STRATEGY TO CREATE SUSTAINABLE AWARENESS ON THE TOPIC OF ENERGY SAVING.

The heart of the Energy Challenge 2016 was analogue, surrounded by digital activities. It was important to us to create as much awareness as possible through a universe of themes. The roadshow through nine Swiss energy cities was at the heart of the campaign and included various playful energy saving potential topics in the everyday life and use of renewable energy. The playground was the energy-village with a mobile living box and ambassadors (i.e. Stress, Xherdan Shaqiri, Melanie Winiger), which solved energy challenges with the Swiss population.

The EnergyChallenge App supported the more in-depth information for the target audience. It allowed the Swiss people to communicate and interact with each other and get concrete recommendations for action. Based on the great support from the private economy, it was possible for us to continue the project with a subsidy-project of EnergieSchweiz. 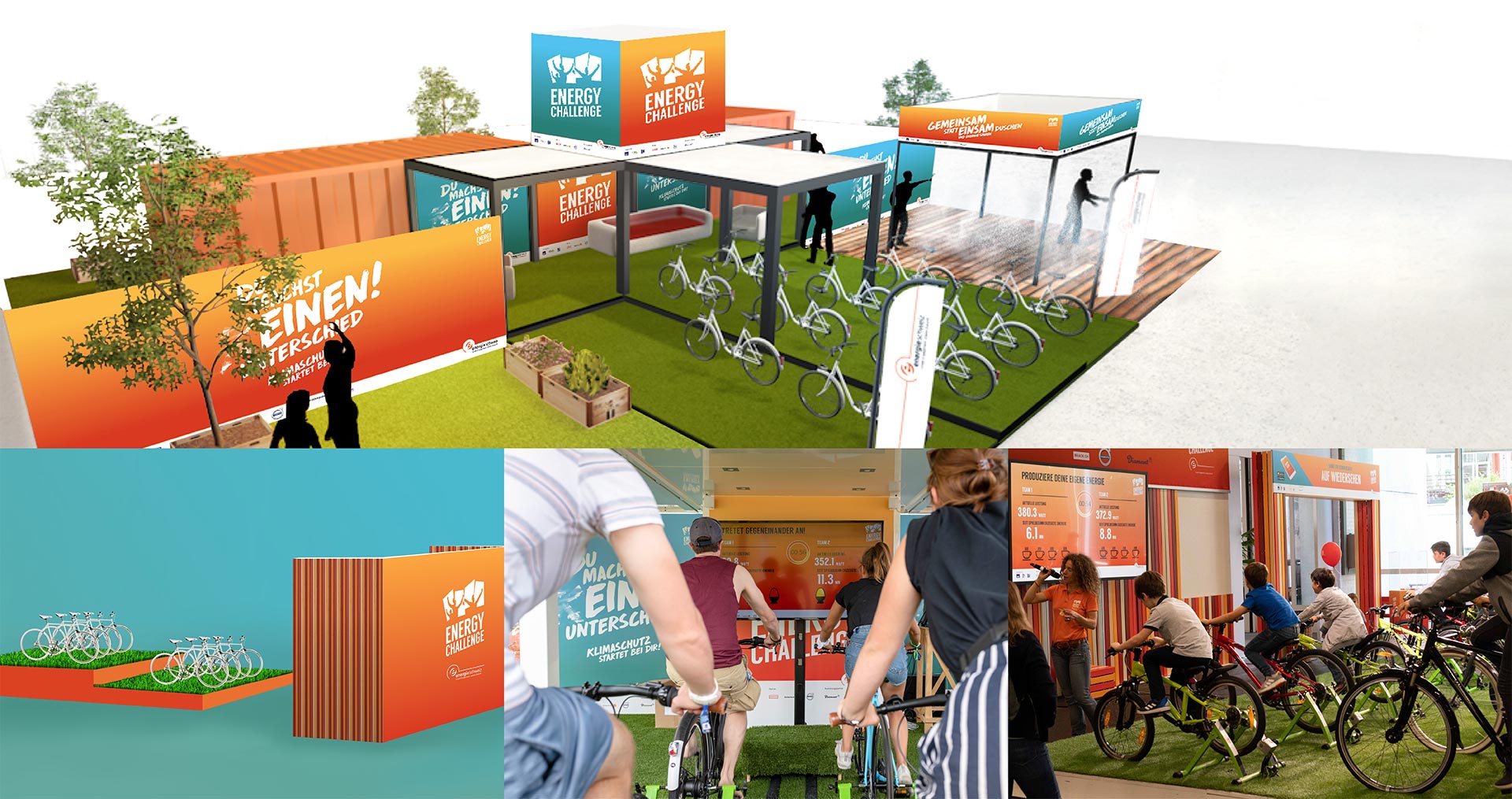 The challenge was to create a consistent imagery world and brand tonality which lasts for a number of years, supports our goal of changing the behavior of Swiss people, but also is flexible and applicable for various partners and sponsors such as Raiffeisen, Ikea, Swisscom, Swiss Tourism, or AXA. Under the motto "Zusammen für mehr Nachhaltigkeit" and claims such as “Gemeinsam statt einsam» oder «Du machst (k)einenUnterschied» we developed a simple, understandable visual language. Based on this, we were able to develop specific solutions together with the individual program partners and tailor them precisely to each target group.

Our aspiration was not only to raise awareness, but also a “Call-To-Action” with a changing behavior of the Swiss population. The call to effectively save energy moved into our communication focus. A 20Minuten web series and the physical presence at festivals such as the NRJ Stars for Free or OpenairFrauenfeld, Gurten, and Moon and Stars targeted an urban audience between 20 and 35. Large physical solutions at trade fairs were aimed at families with children plus the over 50 years old demographic. The further developed Energy Challenge app focused on people who were already interested and who wanted to be better informed about energy efficiency and win them over as ambassadors. 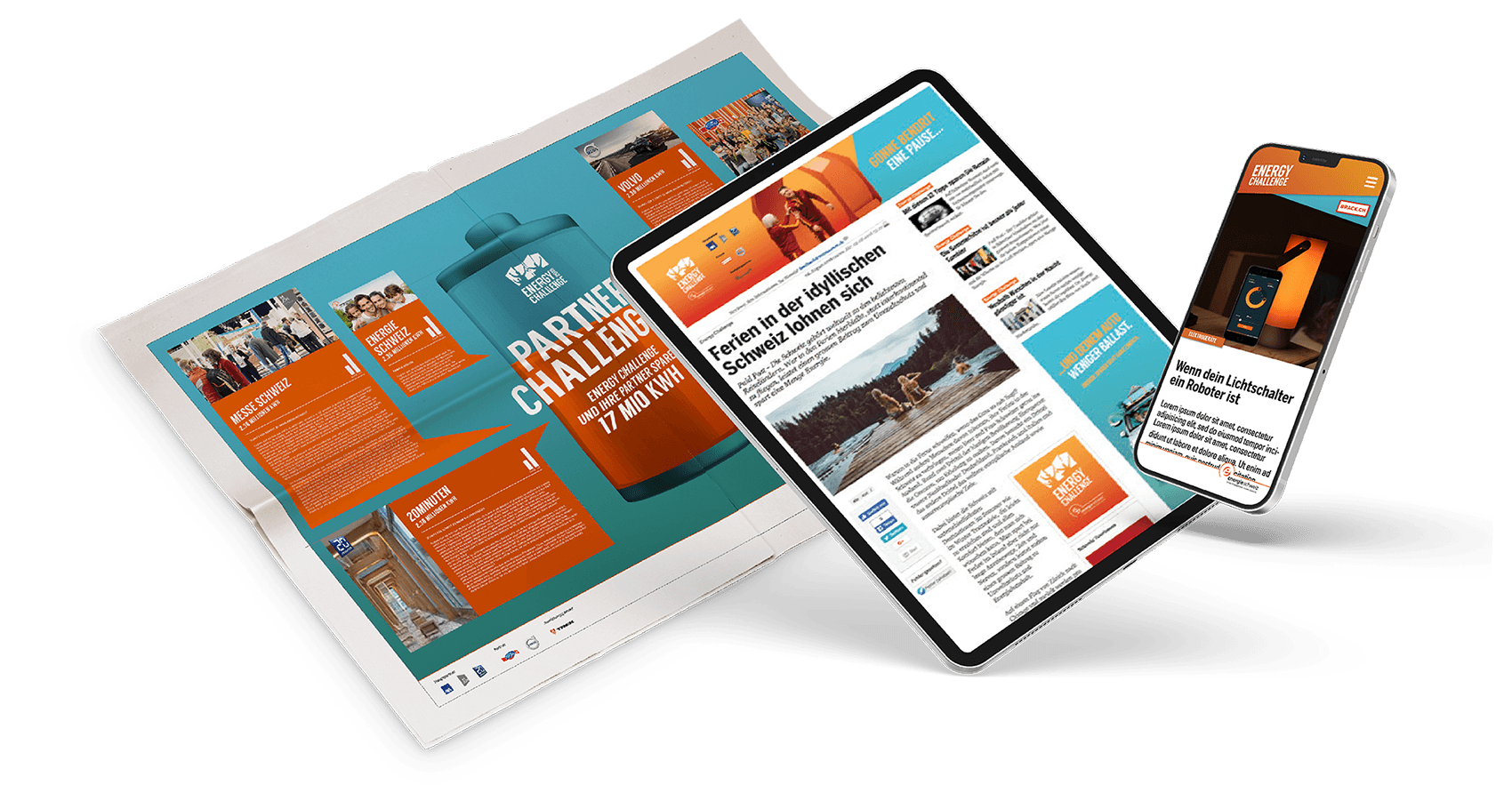 For our objective and verification of the quality of our measures we shifted the campaign even more into the digital world and gave us clear KPI’s to reach. With our partners Tamedia and 20Minuten as well as miss MEDIA GmbH we implemented own channels to provide editorial support for the topics of EnergieSchweiz and our partners, but also learn from data, i.e. platform or app conversion, length of stay or interaction rates.

Our approach was a data-based learning process and led us to adjust our campaign accordingly. For that three main theme worlds with its own CI were on three different social media channels created. That gave us feedback from the target groups. It was essential to stick to the topic based communication with added value information for the consumer and have less advertising content. This enabled us to achieve a much higher impact. 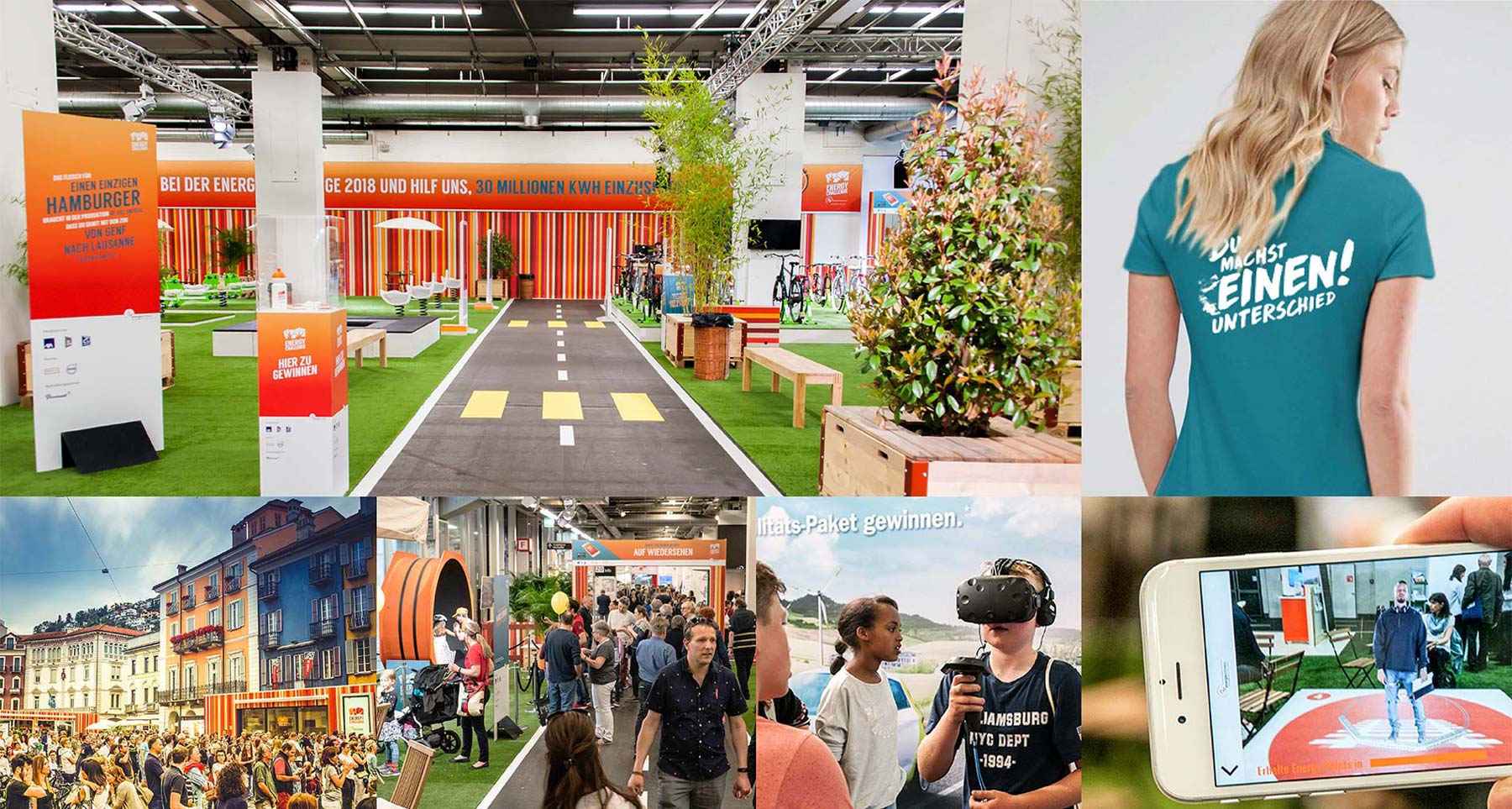 The achieved KPI’s for the 2016-2019 campaign speak for themselves:
459’000 visitors, 96 million media contacts including 9 million media-display-impressions, 24 million web- and subsite visits with an average length of stay of 85 second, and 740’000 interactions on the Energy ChallengeApp.